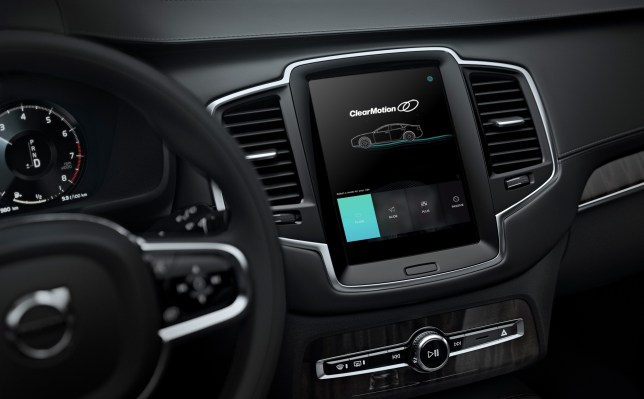 U.S.-China decoupling is expected to discourage cross-border investments between the two superpowers as investors shy away from sanctions and geopolitical risks. But in some areas, Chinese investors and American tech firms continue to find happy marriages.

“It was like seek and find together,” said the executive when asked how he encountered the fund. “Nio Capital itself is very strong in supporting [global] companies in getting a footprint in China.”

“For next-era smart vehicles, ClearMotion will accelerate the transformation of auto from transportation tool to mobile living space,” Ian Zhu, managing partner at NIO Capital, said in a statement.

ClearMotion built its name by using software-controlled actuators to replace traditional shock absorbers for cars. Working with vehicle sensors, its software system can predict road surface conditions, which in turn informs its flagship product, an electrohydraulic unit, to counteract disturbances on the road.

After working on external motion cancellation for over a decade, ClearMotion is now introducing in-car 4D motions that coordinate with the vehicle’s infotainment system. The solution, the CEO said, creates an “immersive in-car entertainment experience by integrating with movies, games, and the metaverse” — imagine being able to enjoy a 4D movie with coordinated motion from the car and high-quality, immersive sound, all while your vehicle is charging.

China, the world’s largest auto market, is “way more accelerated” in people’s demand for in-cabin experiences, the CEO suggested. “But the wow factor isn’t currently delivered by the industry.”

Nio Capital’s funding is meant to help ClearMotion “industrialize” its products in China. The American company is setting up a plant to assemble its actuators around Shanghai, a major auto manufacturing hub in China. The plan is to start mass producing in China by the end of 2024, a timeline that’s considered “very aggressive” in the auto industry, the CEO admitted. The company has started hiring in China for engineering, software development, hardware, and customer relationship roles.

Other investors from ClearMotion’s latest funding round include BAI Capital, Franklin Templeton, NewView Capital, and Acadia Woods Partners. To date, the company has raised over $300 million from investors including J.P. Morgan Asset Management, Microsoft, and Qualcomm.