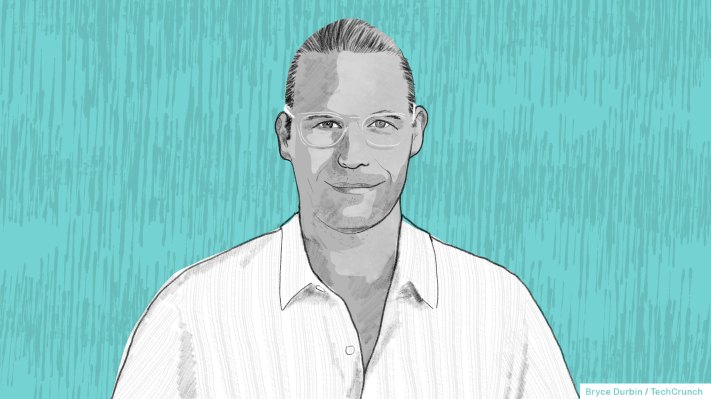 As shared micromobility continues to take over cities, operators have found themselves implementing different forms of scooter “advanced rider assistance systems” or scooter ARAS, that can detect when a rider is doing the thing cities hate most — riding on the sidewalk.

Drover AI, a startup that had the gumption to launch in May 2020, is one of the companies enabling this trend to take off. The startup builds computer vision IoT modules that have been mounted on scooters from the likes of Spin, Voi and Beam. The modules are built with cameras that use machine learning to detect things like sidewalks, bike lanes and pedestrians, which then send that data back to the scooter’s brain in order to send the riders alerts or, in some cases, actually slow them down.

Alex Nesic, one of the founders of Drover AI and its CEO, didn’t always have a burning passion for AI or computer vision. In fact, Nesic spent the better part of the aughts as an actor, appearing in TV shows like “Sleeper Cell” and “CSI” (Miami and New York!). But Nesic enjoyed chemistry in high school and was good at converting tech speak into actionable marketing language, so he jumped at the opportunity to get involved in a high school friend’s venture that dealt with nanotechnology and surface modification chemistry.

After rising up the ladder fairly quickly until he reached the role of VP, Nesic got pulled into the mobility sphere by a company called Immotor, which probably launched about five years too early to be successful. Immotor built a three-wheeled portable scooter with swappable batteries and was connected to an app via Bluetooth.

“The fact that operators and even manufacturers are trying to replicate our approach is very validating.” Alex Nesic, Drover AI CEO

“I would travel with it because the batteries were TSA-compliant, and I would put it in the overhead bin and it was my introduction to moving through cities with micromobility that I could carry with me everywhere,” said Nesic.

This was around the time that Bird started launching shared scooters, so the market wasn’t yet ready for a $1,500 consumer-facing scooter that was being lumped more into the hoverboard category than a useful transportation device.

So Nesic pivoted and founded Clevr Mobility, a shared e-scooter operator that also provided a turnkey solution for cities and other private operators. Nesic said that Clevr was one of the first companies to start the conversation around detecting and geofencing sidewalks, only it was relying on GPS to try to achieve submeter accuracy. It was the failure to actually do so that led Nesic to denounce the inadequacies of GPS and go on to found Drover AI, which meets the demand for precise location awareness using computer vision instead.

We sat down with Nesic to discuss the possibilities of integrating computer vision tech into privately owned scooters, what it means when a larger company steals your idea and why tech pedigrees are overrated when it comes to running a startup.

Editor’s note: The following interview, part of an ongoing series with founders who are building transportation companies, has been edited for length and clarity.

TechCrunch: You closed a $5.4 million Series A in July, and at the time you told me the money would go toward your next-gen product but also toward exploring other integrations farther up the supply chain with vehicle manufacturers.

Alex Nesic: The end game for me is also to try to help inform the regulatory environment because it’s not reasonable to expect there to be two different sets of rules for the shared operators and private scooter owners. Operators are constrained and have all these hoops to jump through, but then anybody can buy something on Amazon that doesn’t offer any similar safety features.