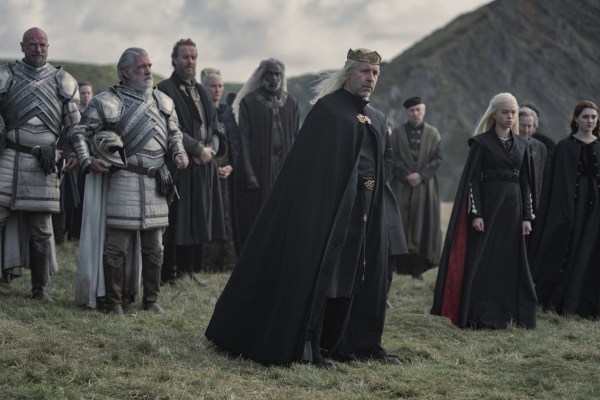 Days after HBO’s “House of the Dragon” became the most-watched premiere for a new HBO original series, the “Game of Thrones” prequel series is renewed for a second season. Now that the rumor is confirmed, fans can rest in knowing the Dance of the Dragons is just beginning to unfold.

The company also announced today that the audience has doubled with over 20 million viewers across linear, on-demand and HBO Max in the U.S, per Nielsen data combined with HBO’s own data. When the first episode premiered on Sunday, August 21, the show had 10 million viewers. HBO and HBO Max have only aired one episode so far.

Based on the huge audience as well as the many positive reviews and an 86% audience score on Rotten Tomatoes, it’s no wonder a second season is now guaranteed.

Despite the HBO Max app crashing on Sunday, data from data.ai shows that app downloads jumped from 47,300 on August 15 to 131,000 downloads on the day of the premiere. On August 21, HBO Max secured the No. 1 spot for streaming app downloads, beating rivals Netflix, Hulu and Disney+.

HBO embraces the impressively large “Game of Thrones” fanbase. The company has done a lot to promote the show. In an email to staff, Warner Bros. Discovery CEO David Zaslav called it “the largest marketing campaign in HBO’s history,” reported The Hollywood Reporter. Zaslav noted that the campaign reached nearly 130 million people in the United States.

When promoting “House of Dragon,” HBO released a companion AR app DracARys that lets fans raise their own virtual dragon, an official podcast that provides commentary, and a partnership with Snapchat that gives users a fire-breathing dragon Lens. It also scored a high-profile ad slot on Roku devices — directly in Roku’s main navigation, just below the “Home” menu.

“House of the Dragon” has taken years to make, with each episode costing approximately less than $20 million, sources told Variety. In total, Season 1 is 10 episodes long.

It is rumored that HBO is making six more spin-offs — a move that Disney+ continues to do with its “Star Wars” franchise. Netflix is pulling a similar strategy, creating an IP universe for “The Gray Man” and giving “Stranger Things” a spin-off series. The “Lord of the Rings” movie franchise is getting a prequel series on Amazon Prime Video premiering on September 2. Why Trump’s patsies keep taking the fall for him | Politics The ‘ideal runway’ is a myth, isn’t it? • TechCrunch