Most people don’t spend a lot of time thinking about the keycaps on their keyboards. Chances are, they are white with black text or black with white text and that’s about it. Like with all things (mechanical) keyboards, though, there are seemingly endless choices. For a long time, the most sought-after keycaps were those manufactured by Germany’s GMK. But as the mechanical keyboard hobby exploded in recent years, GMK simply couldn’t keep up with the demand, and new sets — which in the mechanical keyboard world tend to take the form of group buys — often took a year or longer to ship.

While a lot of enthusiasts love GMK’s ability to print vibrant colors on its ABS keycaps, the company’s recent manufacturing issues and delays cost it a lot of goodwill in the community. Unsurprisingly, GMK’s issues opened up the doors to other high-quality keycap manufacturers, including the likes of EnjoyPBT and Drop. And while Drop also offers a number of GMK-made sets in its store (without the group-buy hassle), the company also recently launched its DCX Keycaps, which by now are available in nine variants. 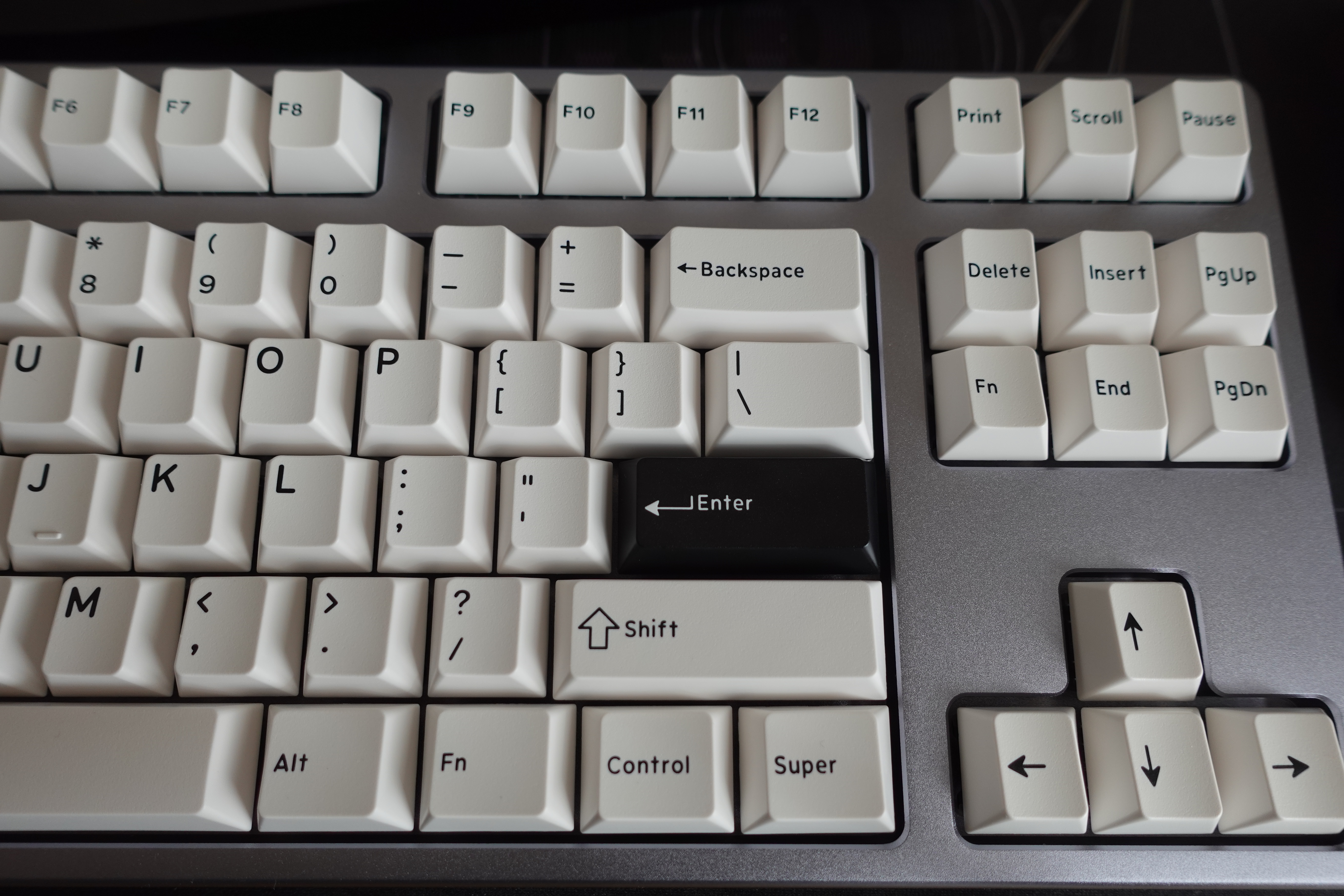 I’ll admit that I’ve never been a huge fan of Drop’s default MT3-profile keycaps. Some people love them, but they are just a bit too high and round for me. The new DCX profile, though, which Drop says took two years to develop, is more akin to the standard Cherry layout that you’re probably used to. Indeed, unless you look closely, you may mistake these for Cherry-profile keycaps. At $99 for a full set of thick double-shot ABS keycaps, they are also a bit of a bargain (by mechanical keyboard standards, at least) — though if you’re a Mac user, you’ll likely want to spend the extra $25 for the MacOS-specific keys.

These keycaps are easy to like. Drop sent me a review sample of its black-on-white set. The legends are crisp — one of the hallmarks of good ABS keycaps — and there were no manufacturing defects that I could find. Unlike cheaper ABS sets, Drop’s keycaps don’t feel too smooth, and while they’ll likely show some shine after a few years of usage (all ABS keycaps do), there’s obviously no sign of that yet. They are not as thick as some of the PBT keycaps I mostly use on my personal keyboards, but are comparable to the GMK keycaps Drop itself currently sells. As such, on the same board, the sound they make is just a little bit higher than that of a thicker PBT set, but that’s barely noticeable, and in terms of sound, the switches, plates and everything else in your board will make far more of a difference anyway.

The set is compatible with standard ISO and ANSI layouts, though if you use an Alice-style keyboard, for example, you’ll need the $15 space bar kit, too. That’s pretty standard across the industry and keeps the price of the base kit lower as only a minority of buyers will ever need those.

Drop also sent me one of its pre-built CTRL keyboards to try the new keycaps on. The Paragon-series Full Stack version comes with Cherry Silent Red switches and the Drop + Oblotzky SA Oblivion Custom Keycap Set (with the white alpha keys). I don’t mind the aesthetics of that set, but compared to the new DCX sets, it feels a bit cheap. I admit that the SA profile with its tall keycaps really isn’t for me, but maybe just as importantly, I don’t enjoy how smooth they are to the touch.

Despite having been on the market for quite a while, now, the Drop CTRL with its aluminum frame and fun lighting effect remains a viable option. At $150 for the barebones version, it sits at the lower end of the custom keyboard market while offering a high-quality build (it’s worth noting that the pre-built Paragon Full Stack I tested features some design tweaks, like doing away with the floating key design, and clocks in at $500). As such, it’s playing in what is now a highly contested market segment, and some newer boards offer more features and options for a similar price (including, for example, gasket mounts), while Drop itself hasn’t released a new in-house design since 2019.  The company recently teased a new keyboard, though, so chances are that’ll change sooner than later.