A vessel carrying Ukrainian grain has left the Black Sea port of Odesa for the first time since Russia’s invasion in late February.

The long-awaited development on Monday came after the United Nations and Turkey brokered an agreement between Russia and Ukraine last month. It has raised hopes of easing a growing food crisis threatening people around the world.

Here is what you need to know:

Where is the vessel going? 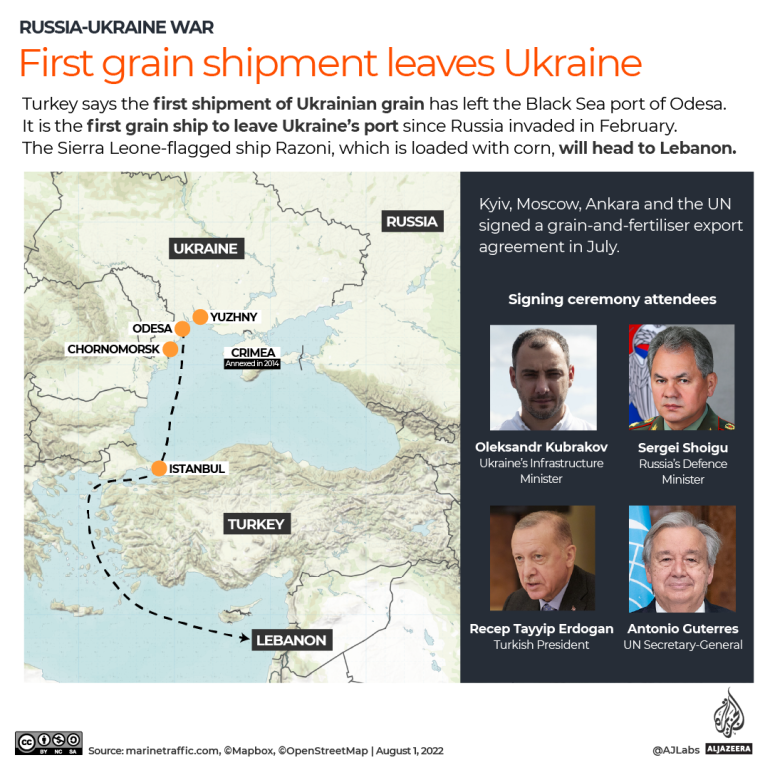 Why is this important?

What has been the reaction?