Rents are going up in cities across the U.S., but the national homeownership rate has been steadily declining as prospective buyers grapple with low supply, weakening purchasing power and record-high costs. What if there was a way to invest in a city’s home equity market you think is growing even if you can’t afford to buy a property there?

That’s the idea behind Nada, a Dallas-based fintech platform whose goal is to widen access to real estate wealth. The company offers index-like real estate investment products called “Cityfunds” that allows anyone, including non-accredited investors, to buy into a city’s home equity market with a minimum of $250 dollars, CEO and co-founder John Green told TechCrunch.

Currently, the company offers funds focused on the Dallas, Austin and Miami markets and plans to launch six new Cityfunds in the next twelve months, Green said. Through that offering, Nada aims to raise $75 million from retail investors by offering funds focused on new cities, he added. The first one will be Tampa, which Green says Nada plans to launch by the end of this month. 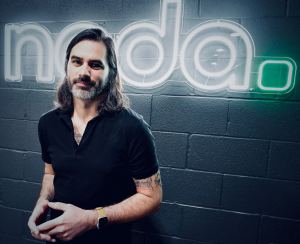 It’s worth noting that Nada isn’t only focused on capturing customers who want to invest in the real estate market. Its other target customers are homeowners who want to spend their home equity on everyday costs, which they will be able to do using Nada’s real-estate backed debit card, Green said. The company plans to launch the card by Q1 of next year, he added.

Typically, homeowners can access their home equity through a line of credit (called a HELOC) that they draw upon to fund big expenses such as renovation or educational costs, or to consolidate their outstanding debt at a lower interest rate. This is a debt product that tends to accrue interest at high rates, and with interest rates across the board rising, Green explained, customers will look to alternative ways to access their home equity.

With Nada’s card, spending home equity is treated as an equity investment rather than as debt and doesn’t affect the user’s credit capacity or require interest payments, Green said. So how does that work?

“It’s just that we have an equity position as a co-investor alongside the homeowner,” Green said. “When the appreciation of the home goes up or down, our percentage is the same. And so as a homeowner, if you’re looking to get cash out of your home, today might be a little sensitive to do so considering the current interest rate market, and this is a product that’s not directly impacted.”

Nada will be able to offer the card through a banking partnership, though Green did not disclose which bank it plans to use for this. Users will also be able to earn cash back rewards when using the card, according to Green.

Beyond the new Cityfunds offerings, which Green likened to a mini-IPO, and the card launch, the company eventually plans to build out a secondary trading platform, launch a mobile app and offer a rewards function that distributes shares to users.

To that end, the company just raised $8.1 million from investors for its seed round led by LiveOak Venture Partners. Other participants in the fundraise included Revolution’s Rise of the Rest Seed Fund, Capital Factory, 7BC Venture Capital, Sweater Ventures, LFG Ventures, Badra Capital, and Stonks Fund, according to the company. 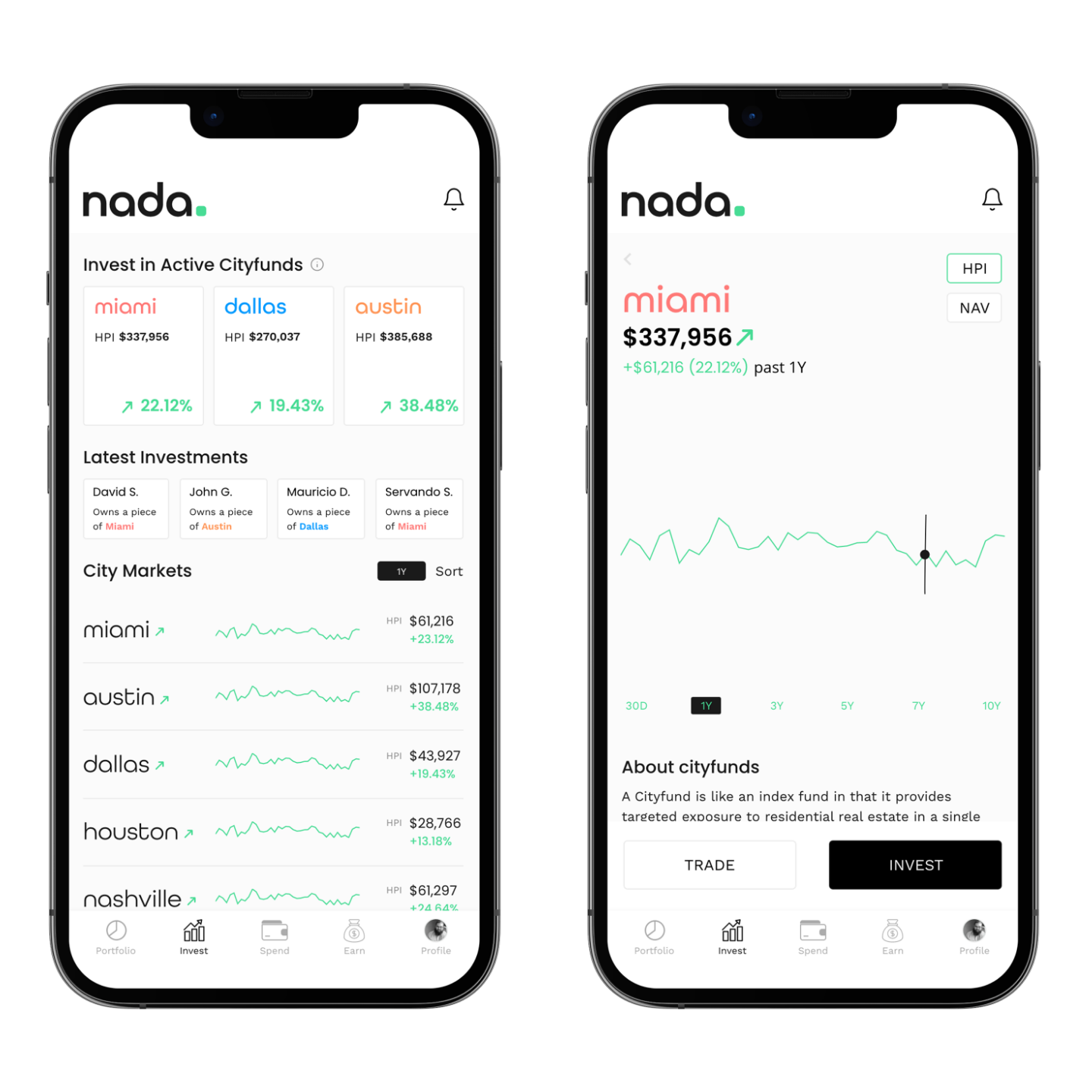 The company also announced that both Krishna Srinivasan, LiveOak’s founding partner, and Jesse Stein, co-founder of metaverse real estate company Everyrealm, will be joining its board of directors. Nada originally launched its Cityfunds product in partnership with investment platform Republic, according to Green, which Everyrealm spun out of six months ago. Green noted that Nada itself has no plans to expand outside of physical, real-world assets.

Nada makes revenue on a transaction basis and through charging fees to investors in its fund of 1.5% per annum, slightly lower than the 2% fee typically charged by other alternative asset managers including venture capital and private equity firms, Green said.

Ultimately, Nada’s edge comes from its ability capitalize on declining homeownership rates by offering customers an alternative way to get exposure to the real estate market. Its debit card, if all goes according to plan, will also offer what may be quite attractive financial flexibility to homeowners.

“We are not looking to build products that are just transactional. We want to build this relational partnership with a homeowner/consumer in real estate as an asset. And so long-term what we want to have is our customers see the ability to move money from their home equity into a spending account not dissimilar to how they would with [moving] savings into checking, to have that amount of liquidity and access to the product,” Green said.