The Turkish Foreign Minister has denied reports that Turkey carried out attacks targeting civilians in Iraq’s Duhok province, where a strike killed eight and wounded 23 on Wednesday.

Mevlut Cavusoglu said on Thursday that Iraqi authorities should not fall for what he labelled a “trap”.

Turkey has previously on Wednesday rejected claims by Iraqi officials and state media that it had carried out an attack on a mountain resort in the northern Duhok province.

At least four missiles hit the resort area of Barakh in the Zakho district of the semi-autonomous Kurdish-run region of northern Iraq, district mayor Mushir Mohammed said on Wednesday. All the casualties were Iraqi citizens.

Iraq summoned Ankara’s ambassador to Baghdad over the attack and its state agency said the government will call back its charge d’affaires in Ankara.

Iraqi Prime Minister Mustafa al-Kadhimi also declared Thursday a national day of mourning. He dispatched a delegation to the area led by Foreign Minister Fuad Hussein and ordered an investigation into the incident.

Cavusoglu told state broadcaster TRT Haber that Turkish military operations in Iraq have always been against the outlawed Kurdistan Workers Party (PKK), saying the attack on Duhok was also carried out by what he called “terrorists”. 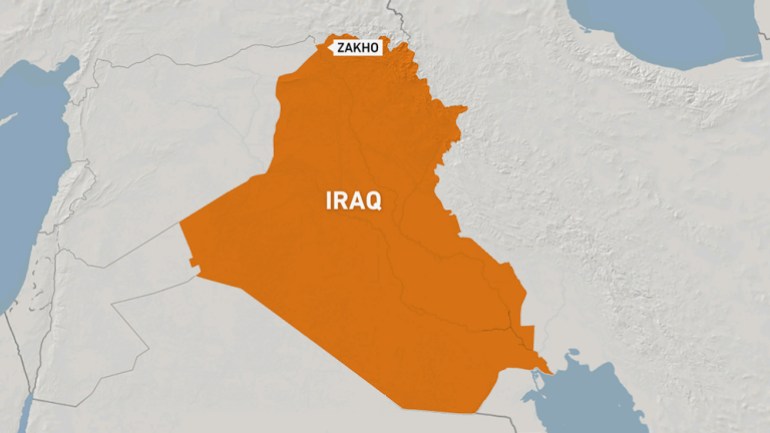 Turkey regularly carries out air attacks in northern Iraq and has sent commandos to support its offensives as part of a long-running campaign in Iraq and Syria against Kurdish PKK and Kurdish Syrian YPG fighters. Ankara regards both as terrorist groups.

Cavusoglu said reports blaming Turkey for the attack were attempts by the PKK to hinder Ankara’s counterterrorism operations.

“The whole world knows we would never carry out an attack on civilians,” Cavusoglu said, adding the Turkish military had told his ministry that no such attack was carried out by Turkey.

“Following this attack, which we believe the [PKK] terrorist organisation carried out, we are ready to hold talks with Iraqi officials. We can cooperate for the curtain of fog to be lifted. Until that is lifted, it is not right to blame Turkey,” he said.

In April, Turkey launched a new offensive in parts of northern Iraq, called Operation Claw-Lock – part of a series of cross-border operations started in 2019 to combat the PKK, which is based in the mountainous regions of northern Iraq.

The PKK took up arms against the Turkish state in 1984. More than 40,000 people have been killed in the conflict, which in the past was mainly focused in southeast Turkey, where the PKK sought to create an ethnic homeland.

Dozens of Iraqis gathered on Wednesday outside the Turkish embassy in Baghdad to protest against the attack. The top United Nations envoy to Iraq also condemned it and called for an investigation.

Cavusoglu said while there were protests outside the embassy and other Turkish offices, there were no reports of damage or injuries.