Bloom, a Sudan-based fintech that offers a high-yield savings account and adjacent digital banking services, has raised a $6.5 million seed round. This investment is coming after the startup’s undisclosed pre-seed round last year.

The investment from Visa came as one of the incentives for Bloom’s participation in the global card scheme’s Fintech Fast Track Program. A partnership was formed, and as a result, Bloom — the first Sudanese startup to get admitted into the program — switched its cards from Mastercard to Visa.

“The Visa investment is critical for companies like us for a couple of reasons. One, aligning with Visa as a partner gives you a bunch of benefits, launching products faster, marketing support and product support; and two, in addition to the investment, Visa Fintech Fast Track enables you to access these incentives in a streamlined way,” CEO and managing director Ahmed Ismail told TechCrunch in an interview.

In March, the company announced that it was a part of Y Combinator’s winter batch this year after launching from stealth that same month. Also, Bloom’s waitlist was made public in March, and at the time, the company had more than 15,000 people signed up; that number has topped 100,000, the founders told TechCrunch. They say the platform has been launched in Sudan but declined to give specific numbers of customers actively using the product.

As highlighted this March and reiterated in the interview, Bloom’s founders say this seed round will help the Sudanese- and Dubai-based startup execute its expansion plan across the Anglo-East African region such as Ethiopia, Kenya, Rwanda, Tanzania and Zambia. A few competitors in the region include YC-backed Fingo, Koa and Finclusion.

“Our product is live in Sudan. The plan is to scale in the country and then expand to other markets,” Ismail stated. “We anticipate being in at least one market before the end of the year and a couple more early next year.”

Bloom’s seed round is the largest in Sudan, a country whose tech ecosystem can be termed passive and only recently welcomed foreign investment when Fawry backed fintech and e-commerce player Alsoug after 30 years of international sanctions on the country.

East Africa, as a region, is home to 500 million people, with a median age of 18 and a fast-growing middle class. But the region’s currencies, including the Sudanese pound, are volatile and depreciate 15% to 20% per annum on average. This volatility is one of the biggest impediments to wealth protection and creation for this middle class, which is why Ismail and other co-founders Youcef Oudjidane, Khalid Keenan and Abdigani Diriye launched the fintech: to help Sudanese individuals hedge against this rising devaluation.

Bloom offers fee-free accounts for users to save in dollars and buy and spend in Sudanese pounds. It also provides local and dollar cards and a feature where they can receive remittance free of charge from several countries globally, mainly where most of the Sudanese diaspora reside. The fintech works with the Export Development Bank, a partner bank that handles deposits. Bloom makes revenue from interest on these deposits, the interchange and other ancillary streams. 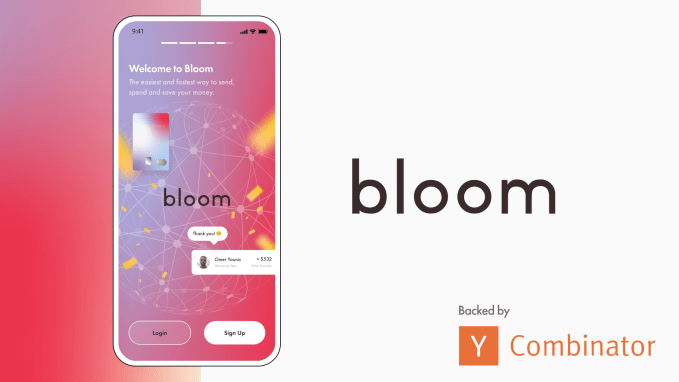 Executives at Bloom and Visa say this investment and partnership can exponentially drive the adoption of Visa cards in Sudan and East Africa. In addition, Visa’s suite of products and services will provide customers with a secure and fast way to make online payments, according to Ahmed Mohey, Visa country general manager for Sudan and Libya.

“Visa is taking the lead as a first mover in digital payments in Sudan. We are committed to being a part of Sudan’s economic transformation by bringing our global expertise and capabilities to its government and private-sector partners. Together with Bloom, we will continue to drive acceptance of digital payments while finding opportunities to launch new products and services to Sudanese customers and merchants,” Mohey added.

Roel Janssen, a partner at Global Founders Capital, shares similar sentiment about the team: “We are very excited by our investment in Bloom. Its experienced and talented founding team has the drive and expertise to build a product that is universally valued by consumers, partners and regulators in Sudan and the wider East Africa region.”

The Iran nuclear deal: Can it be saved? | TV Shows A startup is charging $1.99 for strings of text to feed to DALL-E 2 – TechCrunch